Robot battle is a special design version for robot game fan who love robot transformer and robot fighting. We design the weapon system what is invested to graphic and power very detail. You know, you will love it in the first time you see it. If you are thinking about a robot mobile game then this is exactly what you need.

Robot battle is being supporting 5 character robot and 10 bullet gun with more than 30 bosses. Each boss support a private weapon system. Each boss will have a different power and weapon power increase base on level. Higher level boss will stronger than the lower level boss, so it will be more difficult to destroy. But you can upgrade your weapon and power of character so that you can destroy all of bosses easily.

Game is designed as a versus game with each stage versus is a pre-design battle for a power of weapon and power of boss. The player have to fight and win to get over the next battle. You you lose can try again forever until you win, don't worry!

If you win you will be rewarded a number of coins what you can use to upgrade weapon power, gun and character power.

Each robot was supported a super weapon system with different strong power and different attack ways, you will learn how to use them effectly to show off all of your power.

The application Robot Battle was published in the category Games on Sep 06, 2016 and was developed by phuc pham. The current version is 1.0.9. To download, install and play Robot Battle, your iPhone, iPad, or iPod Touch will need to be on iOS 9.0 or higher that have at least 100 MB of free phone memory. We'd recommend you read the app's reviews before buying or downloading to see what other people say about this app. 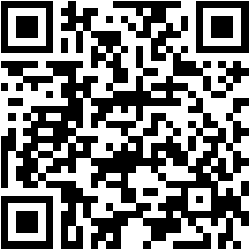