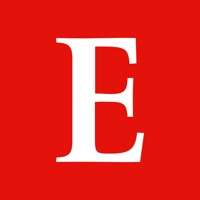 Each week over 1.5m subscribers trust The Economist to help them make sense of the world. Join them by downloading The Economist app.

The app includes The Economist today, a handpicked daily selection of the best of our journalism, along with the full weekly version of The Economist newspaper to read or listen to on the go.

Already a subscriber to The Economist? Simply install the app and sign in with your Economist login details.

The Economist is an award-winning, trusted filter on global affairs, offering in-depth analysis of everything from business, finance and politics to science, technology and economics. It covers every region of the world including the United States, Britain, Europe, Asia and Latin America. The Economist is also available as a weekly magazine.

App features:
A morning briefing on the day ahead
Timely analysis of the world’s biggest stories, updated by the end of the day
The weekly edition available from 9 pm every Thursday evening London time
Audio versions of the weekly edition read by professional broadcasters
Reading times highlighted on each article
Bookmarks to save articles for later or create personal reading lists

Subscribing in-app
Subscribe in-app and take advantage of our introductory subscription offer.
At the end of the introductory term, the subscription will automatically renew onto a quarterly subscription at the standard price. Annual subscriptions are also available
You will be charged in your local currency at the prevailing exchange rate as defined by Apple. Payment is charged to your iTunes account upon confirmation of purchase
All subscriptions automatically renew. Your account will be charged 24 hours before the renewal date, at a cost of £19.99/$19.99/€24.99 for a monthly subscription. Annual subscriptions renew at £179.99/$189.99/€279.99 (for an annual subscription)
You can cancel your subscription from your iTunes account settings at any time but you must turn off auto-renewal at least 24 hours before the end of the current period to avoid being charged again
Full terms of use can be found at www.economist.com/legal/terms-of-use
Our privacy policy can be found at www.economist.com/privacy

*Some countries may offer alternative introductory rates and pricing plans.

The application The Economist was published in the category News on May 03, 2018 and was developed by The Economist. The current version is 2.30.2. To download, install and use The Economist, your iPhone, iPad, or iPod Touch will need to be on iOS 10.3 or higher that have at least 74 MB of free phone memory. We'd recommend you read the app's reviews before buying or downloading to see what other people say about this app.

The Economist for iPhone 2.30.2 Release Notes 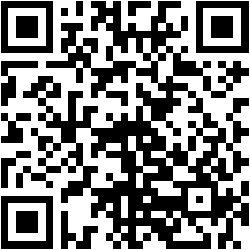 Similar Apps to The Economist