Are you tired of usual animal simulators? Enjoy the life of flying Jurassic dinosaur – Pteranodon! Feel like a real dino with this game - survive and thrive in this Jurassic environment as a Pteranodon! Meet other dinosaurs – Tyrannosaurus, Velociraptor, Triceratops and other. Make friends with them, struggle against or even hunt to make these dinos your next meal!

Try Flying Pterodactyl Dino Wildlife 3D and be ready for great survival experience right in the Jurassic environment! Attack powerful dinos instead of being attacked! Kill or be killed! Be ready for battle against Tyrannosaurus, Velociraptor, and Triceratops – Jurassic jungles and skies are so dangerous place to live!
Raise up your Pterodactyl survival and battling skills to attack as many dinosaurs as possible and finally stay alive! The more you play - the more your flying Dino grows and the stronger it gets! Let start a big hunt with Flying Pterodactyl Dino Wildlife 3D! Chase birds, small dinos like iguanodon or ankylosaurus, and even mammals like boars, deer or rabbits!

Gain great flight experience exploring Jurassic environments! Find mate to make a family and raise up ugly nestlings! Build your own army of angered Pteranodons with Pterodactyl Simulator 3D!
Watch carefully for the main three indicators – dinosaur’s heath, energy, and fullness. If one of them drops – it’s no chance to survive! Mind indicators and recover it by hunting and eating other dinos! Struggle against other dinosaurs and stay alive with this animal survival simulator!

The application Flying Pterodactyl Dino Wildlife 3D was published in the category Games on Jul 25, 2017 and was developed by Juliia Blokhina. The current version is 1.0. To download, install and play Flying Pterodactyl Dino Wildlife 3D, your iPhone, iPad, or iPod Touch will need to be on iOS 8.1 or higher that have at least 97 MB of free phone memory. We'd recommend you read the app's reviews before buying or downloading to see what other people say about this app.

This app has been updated by Apple to use the latest Apple signing certificate. 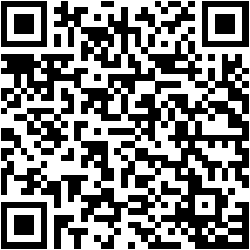