View the night sky in unparalleled clarity, travel right through our galaxy and beyond, and look at planets, moons, asteroids, nebulae and other celestial bodies from close range. Explore the night sky from any desired viewpoint on the Earth or from moons and planets, travel into the past or into the future and discover first hand everything about stars, planets and other celestial bodies – Redshift introduces you to endless possibilities on your excursion through space.

Keep an eye on important celestial events with the help of the celestial calendar and experience these events simultaneously from different perspectives. Control your telescope with the help of Redshift and plan your sky observations using the individually customizable observation planner.

Features:
• Comprehensive Planetarium for realistic real-time calculation of celestial bodies of our galaxy in accordance with the latest research results
• Over 2.5 million stars, 1 million fascinating Deep Sky objects, 700,000 small planets, 2,000 known comets, all planets, dwarf planets and moons, as well as stars with exoplanets and known novae/supernovae
• Impressive 3D-displays from more than 100 celestial objects
• 3D-flights between and around planets, their moons, stars, Deep Sky objects, galaxies and the Milky Way
• Land on planets and moons, as well as getting a view of space from their surfaces
• Display of the surface characteristics of the Earth’s moon and planets
• Extensive astronomical data for each celestial object
• Comprehensive lexicon of astronomy
• 25 interactive guided tours with informative pictures, videos and animations
• Solar eclipse maps, as well as maps of satellite passes
• Sky calendar and comprehensive, customizable observation planner
• Telescope controls for all Meade and Celestron telescopes (with the exception of the currently not publicly released telescope control “Celestron NexStar Evolution”)
• Simultaneous display of a celestial event from different perspectives in the Multi-Window mode
• “On the fly” download of the current Gaia Super-catalogue with one billion stars
• State-of-the-art orbit data for satellites, comets and asteroids, as well as the addition of new discoveries through the Live-Update function
• Editing tool for the manual amendment of the databank
• Extensive time interval of 15,000 years (4713 BC to 9999 AD)
• Numerous panoramas and sound backgrounds, as well as Day/Night mode
• Exact numerical integration of the movement of asteroids and comets
• Five base coordinate systems
• Available in English, French, German, Spanish, Italian, Dutch, Russian and Japanese

*****
Questions or suggestions for improvements:
Mail to mac@usm.de
We are looking forward to your feedback!

For more information on news and updates: www.redshift-live.com
or visit us on facebook.com/redshiftplanetariumsoftware

The application Redshift Premium - Astronomy was published in the category Reference on Jan 10, 2018 and was developed by USM. The current version is 1.2.2. To download, install and use Redshift Premium - Astronomy, your iPhone, iPad, or iPod Touch will need to be on iOS 10.7 or higher that have at least 1.25 GB of free phone memory. We'd recommend you read the app's reviews before buying or downloading to see what other people say about this app.

Some smaller tweaks and optimizations make the app even better! 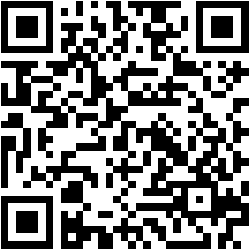