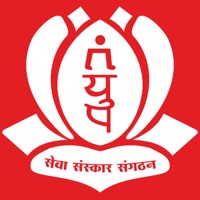 The Akhil Bhartiya Terapanth Yuvak Parishad is a youth forum that unites the Terapanthi youth from the age of 21 to 45 the world over. The formation of this organisation was due to the vision and able efforts of Acharya Shri Tulsi. It was his thinking that has led to this strong and rooted forum of Terapanthi youth. This organisation has a huge following of over 40000youth across the world. The ABTYP has its wings spread all across the country with more than 325 branches which execute the vision of the present 11th Acharya of Terapanth His Holiness Acharya Shri Mahashramanji.

The vision of ABTYP is to generate opportunities and chances for the youth so that they can interact with the world. The organisation helps in strengthening the moral values of youth by creating opportunities to serve other people, state and nation through its various programmes, to network amongst themselves so that all can grow and a win-win scenario gets promoted and to inculcate in themselves the value of following the Jain philosophy. All this creates a platform for the youth from where the world see them as responsible citizens of the world.

ABTYP follows a missionary vision strategy wherein the missions are so aligned that the vision will only be achieved if the missions are followed well. Here the vision is the outcome of the missions. The first mission being that of service. The ABTYP pledges itself for the service of mankind and humanity. Under its service mission ABTYP runs and manages activities of social causes like Blood Donation Drives, Eye Check Up and Medical Check Up camps, De Addiction Programmes, helping the needy by timely distribution of needy things free of cost, setting up of pathology labs, giving services on days of national importance to the nation at large, supporting in times of national grief and natural calamities etc.

By its mission of empowerment the ABTYP pledges to empower the youth by inculcating the values of Jainism and Terapanth to the roots by way of having regular training and teaching camps and programmes. Inviting their services during the Chaturmas is another way of involving the youth to the philosophy of Humanity. Regular Meditation by means of Preksha Dhyan, Science of living (Jeevan Vigyan programmes), etc. are the ways in which empowerment of values in the youth is carried out. The mission of strengthening is basically to promote the feeling of fellowship among youth and enroute achieve a great network of Terapanthi youth all over the world. Facilities like encouragement to higher studies, hostel facilities in urban areas, talent hunt programmes,conducting seminars for personality and business development are the means by which the empowerment is generated in the youth and networking is promoted among them so that a youth is never out of resource and the hormonal links are established among the youth. Thus ABTYP intends to be a window of opportunities for the youth to interface with the world.

The aim is so set that the Objective of GOAL 2020 be achieved. GOAL 2020 – to become the largest NGO of youth in India. This have to be achieved by running development programmes as the following:
Brand Development

The application Bidasar Terapanth Nirdeshika was published in the category Lifestyle on Oct 10, 2018 and was developed by Aniket Jain. The current version is 8.0. To download, install and use Bidasar Terapanth Nirdeshika, your iPhone, iPad, or iPod Touch will need to be on iOS 10.0 or higher that have at least 32 MB of free phone memory. We'd recommend you read the app's reviews before buying or downloading to see what other people say about this app. 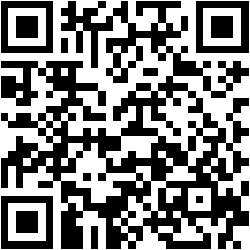