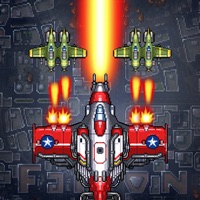 1945 Air Forces - is a masterpiece remake of the classic arcade experience! The controls are easy to learn and use. It will be keeping the old feeling of playing in an arcade.
Includes 16 types of famous WWII combat planes for military fans. Supported for all kinds of devices, from phones with low specifications to tablets. 1945 Supported for Achievements, Leaderboard, Global service

Features
- Perfect Shoot ‘em up: Lots of fighter jets, battle companions, ammunition and guns, and devices to choose from: your armory is packed with hi-tech! And you can play games offline.
- Exciting campaign: more than 200 levels full of enemies and breathtaking action!
- Additional modes: Bombarding, Bosses, and Protect, each of them radically changing the gameplay!
- Huge bosses: battle and defeat enemies that are so big they don't even fit the screen! And wipe out swarms of their minions! Find pieces of the Danmaku barrage of bullets.
- Great visuals: Tired of space shooter and lasers? Try out flying! Vertical shooters have never been better. Epic sky wars are full of excitement. Choose your airplanes and free the country from invaders. The symphony of air war and heroes' charisma are unforgettable!
- Retro modernized: Played Shmup (STG) games before? This top-down shooter will make you say «wow» and revive the best impressions of your scroll childhood. No matter you are a fan of Strikers, Tyrian, Ace Squad, Razor, or Airborn or you participated in battle actions in Sky Force. You will become a fan of our series 1945 Air Force
- Future update: PvP, Co-op, Friends….

Make your choice - take your airplanes to victory. Feel the bullet force.

The application 1945 - Airplane shooting games was published in the category Games on May 28, 2019 and was developed by ONESOFT GLOBAL PTE. LTD.. The current version is 8.10. To download, install and play 1945 - Airplane shooting games, your iPhone, iPad, or iPod Touch will need to be on iOS 9.0 or higher that have at least 374 MB of free phone memory. We'd recommend you read the app's reviews before buying or downloading to see what other people say about this app. 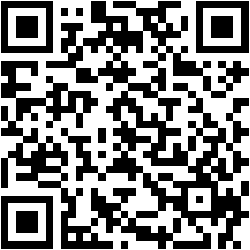