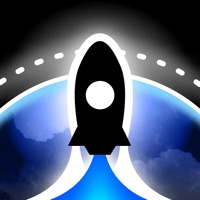 Input your location and tap through to find the best times to observe them near your area. Reminders can be set for upcoming launches and/or high visibility sightings around your location. The satellites & ISS routes in low Earth orbit can be discovered through the 'Live Map'.

You can also have the chances to stargaze when tracking the orbits through live videos. Plan ahead your plan to catch the glimpse of ISS and SpaceX satellites on the night sky in your area with provided statistics & reminders.

Starlink & ISS Nasa Tracker gives you access to the 24/7 Live HD video of the Earth & Starlink launch recorded directly by NASA. As the ISS station orbits with an average altitude of 250 miles (400 kilometers), you can follow its camera & explore all the Earth's surface within roughly 93 minutes.

Launched 60 at a time, the Starlink is described as a "train" of lights as they gracefully move through our skies. With Google Maps integrated into the app, users can easily track the ISS and Starlink around the globe and monitor its movement.

Note:
When the International Space Station is on the night side of Earth, the video image is black - this is normal. Please do not worry!

Sometimes, the live video is not available due to transmission issues or because the crew is changing cameras. In such cases, you will usually have a blue or blank screen. In a few minutes the transmission should return back to normal, so just relax for a moment. This is not a problem with the app.

Disclaimer: This app is not affiliated with neither NASA nor ISS nor Starlink or any space related platforms. All the videos are rights reserved by NASA, we do not own any of these videos.

- Subscribed users have unlimited use of the App and access to all of its Premium features, without ads.
- Non-subscribed users can use each Premium feature once a day.
- Users can subscribe to three different plans: weekly, monthly, and yearly auto-renewing subscriptions.
- Payment will be charged to iTunes account at confirmation of purchase.
- Subscription automatically renews unless auto-renew is disabled at least 24 hours before the end of the current period.
- Account will be charged for renewal within 24-hour prior to the end of the current period, and identify the cost of renewal.
- Subscriptions may be managed by the user and auto-renewal may be turned off by going to the user's Account Settings after purchase.
- Any unused portion of a free trial period, if offered, will be forfeited when the user purchases a subscription to that publication, where applicable.

The application Starlink & ISS Nasa Tracker was published in the category Reference on Jun 26, 2020 and was developed by Vulcan Labs Company Limited. The current version is 2.7. To download, install and use Starlink & ISS Nasa Tracker, your iPhone, iPad, or iPod Touch will need to be on iOS 11.0 or higher that have at least 144 MB of free phone memory. We'd recommend you read the app's reviews before buying or downloading to see what other people say about this app. 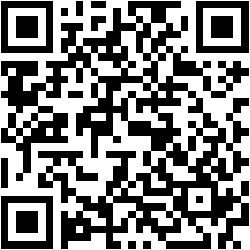