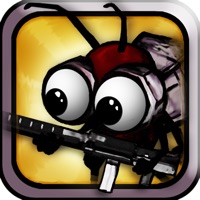 PLEASE NOTE: If you already own the original version of Bug Heroes and have bought any of the in-app-purchases, you should not download this version.

From the creators of N.Y.Zombies comes an all new blend of action, adventure, castle defense, and role playing elements! Master up to nine legendary Bug Heroes, including a sword wielding Spider assassin, an armored Beetle warrior, a machine gun toting Ant engineer, and more! Shoot, slice, dice, and bash your enemies with a variety of skills, abilities and equipment. Stockpile food, fortify your base, and defend it from hordes of hungry bugs. Explore a variety of familiar landscapes from an all new miniature perspective, collecting food, coins and other items. Enter Bug Heroes, an epic fantasy world you never knew existed!

"...it's going to be really hard to ever find a way to enjoy a typical dual-stick shooter again."
-- toucharcade.com

"One part castle defense, two parts dual stick shooter, and a dash of RPG; Bug Heroes is the most interesting blend of iPhone gaming I’ve see since Infinity Blade."
-- 148apps.com

"Bug Heroes has slick presentation, charm, and lasting appeal... In my opinion this is one of those games that defines the iOS platform for gamers."
-- appadvice.com

"Without a doubt, Bug Heroes is the year's first must-have release."
-- ifanzine.com

- 10 unique Bug Heroes to play as, each with different strengths, weaknesses, equipment, and personalities. 10 more alternate heroes to choose, for a total of TWENTY playable heroes! Choose any 3 heroes to take into battle!

- Level-up your Bug Heroes, increase their skills, and customize them with a huge variety of equipment and abilities!

- Melee and ranged combat. Slice your enemies with swords, swat bugs off of ledges or into walls, and blast them from long range with rifles and machine guns!

- Scour the lands for food, then defend your food stash from hordes of hungry bugs. Build turrets and fortify your base!

- Optional, randomized side quests for even more depth and re-playability!

- Over 50 unique enemy types, ranging from tiny fleas to giant snails. Detailed "Insectopedia" for background info and strategies on every single enemy!

The application Bug Heroes Deluxe was published in the category Games on Aug 11, 2011 and was developed by Foursaken Media. The current version is 1.2. To download, install and play Bug Heroes Deluxe, your iPhone, iPad, or iPod Touch will need to be on iOS 8.0 or higher that have at least 194 MB of free phone memory. We'd recommend you read the app's reviews before buying or downloading to see what other people say about this app. 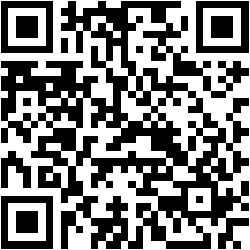