The Undead Horde and their Orc and Goblin allies are at your castle gates, the King is on the brink of death, and only you stand between the enemy and complete annihilation! Choose one of many powerful heroes, summon an army to fight beside you, and defend your castle in Heroes & Castles, a seamless blend of 3rd person Action-RPG, Strategy, and Castle Defense elements!

UNIQUE, POWERFUL HEROES!
Level up, learn new skills and abilities, find randomized Runes and loot, and destroy your enemies with one of many unique heroes!

SUMMON HUGE ARMIES TO FIGHT BESIDE YOU!
Summon Dwarves, Archers, Pikemen, Giants, Catapults, Mages and much more to aid you in your defense! Watch them battle the enemy right beside you!

BUILD AND UPGRADE YOUR CASTLE!
Build Towers, upgrade your castle walls, and build buildings to upgrade your units!

HUGE SINGLE PLAYER CAMPAIGN!
Complete over 50 missions spanning 2 campaigns! Or take to the Endless mode and survive as long as possible!

CROSS PLATFORM MULTIPLAYER!
Play with thousands of players across all Apple devices from iPhone, iPod Touch, iPad, MacBooks, and iMacs!

2 PLAYER COOPERATIVE MULTIPLAYER!
Team up with a random ally or one of your friends and compete in the GameCenter leader boards!

2 PLAYER VERSUS!
Play as either Evil or Good, attacking or defending in an epic battle of skill and strategy! Battle your way to the top of the competitive Game Center leaderboards!

TONS OF ENEMIES TO BATTLE!
Fight against dozens of enemies on screen at once, from hordes of the Undead, to Orcs, Goblins, Ghouls, Siege Wagons, Trolls, Catapults, Mummies, and more!

ADVANCED GRAPHICS AND TONS OF FEATURES!
Incredible graphics and lighting, iCloud saving, and much more!

Search for Heroes & Castles on Youtube for awesome gameplay footage!

Visit the forums at http://heroesandcastlesforum.com for all your Heroes and Castles questions, answers and discussion!

The application Heroes and Castles was published in the category Games on Aug 01, 2013 and was developed by Foursaken Media. The current version is 1.0.9. To download, install and play Heroes and Castles, your iPhone, iPad, or iPod Touch will need to be on iOS 10.7 or higher that have at least 398 MB of free phone memory. We'd recommend you read the app's reviews before buying or downloading to see what other people say about this app. 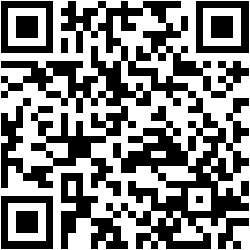 Similar Apps to Heroes and Castles