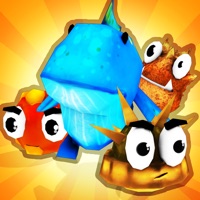 Combining the monster-catching of Pokémon with the adventure elements of Zelda, Monster Adventures brings an all new blend of action/RPG gameplay to the App Store! Catch, create and customize your own unique monsters while uncovering an interesting story. Journey deep into the wilderness to complete quests, find loot, and level-up your monsters. Then invite your friends to play cooperatively, or battle players from around the world in the renowned monster coliseum!

“Monster Adventures is a great action-RPG that you simply need to check out.”
4.5/5 – toucharcade.com

“The best way I can think to explain my thoughts on Monster Adventures is thus: this game has been getting in the way of my job. I’ve forsaken using other apps and playing other games for this. When I’m not playing it I’m thinking about playing it. I’ve practically drained my iPhone – then recharged it, then drained it again – on several occasions. Yes, it’s just that great.”
4.5/5 – 148apps.com

“Take your Pokemon concepts and throw them into a world with Zelda style gameplay and you’ve got Monster Adventures. While most devs are making shallow runners and physics games, Foursaken has gone deep with this hardcore monster catching game. Time will fly by as you struggle to catch rare monsters and delve deeper into each territory.”
96/100 – phonecats.com

“Monster Adventures is a lovely adventure title with some big ideas.”
4/5 – gamezebo.com

• Pokémon meets Zelda!
• A seamless blend of rogue-like adventuring, monster catching, creation, and role-playing elements!
• Create your own monsters!
• Catch enemies and learn their abilities!
• Complete an interesting single player campaign, offering hours of gameplay!
• Find items and loot deep in the wilderness!
• Rogue-like gameplay: the deeper into the wilderness you go, the better loot you find! Be careful, though - if you fall, you'll come back empty handed!
• RPG elements: level-up your monster, find and buy items, and more!
• Embark on quests and complete a variety of challenges!
• Play with your friends!
• Battle other monsters in the Monster Games arena!
• Build a team of monsters and pit them against other players from all around the world!
• A variety of customizable control schemes, from standard dual stick, to auto attack, to one-handed, and more!
• Game Center, iCloud, iOS 7 support and more!

The application Monster Adventures was published in the category Games on Oct 10, 2013 and was developed by Foursaken Media. The current version is 1.2. To download, install and play Monster Adventures, your iPhone, iPad, or iPod Touch will need to be on iOS 8.0 or higher that have at least 335 MB of free phone memory. We'd recommend you read the app's reviews before buying or downloading to see what other people say about this app. 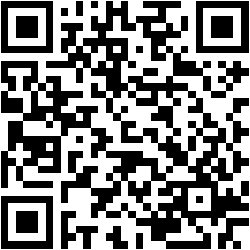