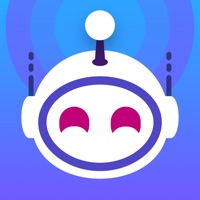 "Simply remarkable, […] you’re nuts if you don’t try Apollo." - John Gruber, Daring Fireball
"The best Reddit app for iOS" - The Sweet Setup
"Apollo is the best Reddit client I have ever used. Period." - iMore
"Apollo makes the wild world of Reddit more accessible than ever before, and it may just be the best designed social feed app I've ever used." - MacStories
"Apollo is the only Reddit app you need." - TechCrunch
"Beautiful, modern, and fast." - MacRumors

Apollo is a beautiful Reddit app built for fast navigation with an incredibly powerful set of features. Thanks to features like the Jump Bar, fully customizable gestures, and a super-charged Media Viewer, browsing Reddit has never been this amazing.

It's created specifically with iOS design guidelines in mind, so it fits right at home on your device, and with input from thousands of Redditors helping sculpt and perfect it over several years before launching:

As well as much, much more and it's constantly evolving. If you have anything you'd specifically like to see, come to the ApolloApp subreddit and we'd love to hear it!

This app offers subscriptions for "Apollo Ultra". They're available (in United States pricing) for $0.99 monthly or $9.99 yearly. Subscriptions will automatically renew unless auto-renew is turned off at least 24 hours before the end of the current period (and charged to your iTunes account). You can turn off auto-renew/manage subscriptions in your iTunes Account Settings after purchase. Terms of Use can be found at https://apolloapp.io/terms and Privacy Policy can be found at https://apolloapp.io/privacy

Apollo is an unofficial app, and side effects may include an incredible browsing experience.

The application Apollo for Reddit was published in the category News on Oct 23, 2017 and was developed by Christian Selig. The current version is 1.10.6. To download, install and use Apollo for Reddit, your iPhone, iPad, or iPod Touch will need to be on iOS 12.0 or higher that have at least 111 MB of free phone memory. We'd recommend you read the app's reviews before buying or downloading to see what other people say about this app.

Hey all! Here's a delicious update with a bunch of new features and bug fixes! Read on for details! FEATURES - A BUNCH more custom home screen icons, two new Ultra ones (both by the awesome Matthew Skiles), two new community icon pack ones (by berrymetal and johnnysilverpaw), and a BUNCH of secret ones included in Pro as well. (Reminder: Apollo Ultra includes all of them!) See if you can find them all! A bunch of them are homages to some of my favorite video content creators. - Apollo now supports Family Sharing across all in-app purchases and subscriptions, so if you have a family member wanting to get in on the Apollo goodness they easily can now! - Added ability to "follow" users you find interesting, just like a subreddit! - Added back option to open Reddit links on your clipboard in Apollo. It's off by default but you can enable it in Settings > General - Improved photo uploading in private messages - Added a suspicious looking text face to list of Text Faces in the comment composer - Added option to hide usernames in Share as Image (sometimes subreddits ask you to hide them when sharing, or sometimes people just have weird usernames) - Also in Share as Image you can now share link posts and it'll include the cute little thumbnail and everything! - Includes "Privacy Nutritional Label" information! Apollo is a good privacy citizen! - Added support for Reddit's new "awarder and awardee" karma that you get for giving and receiving awards. If you tap your/another user's karma header in their profile it will detail it. - Added support for Reddit's new "Snoomoji". It seems to only be a test in a few subreddits, but you'll be able to see little Reddit style emoji in comments. - Apollo now properly displays inline GIFs that Reddit has added to certain subreddits in the same inline way Apollo shows other GIFs in comments - Added subscribe and follow options to subreddits and users in the haptic touch context menus! - If a comment or post has been edited you can now tap the little pencil icon and it'll show you when the comment was edited BUG FIXES - Everyone upvoted a bug with a GIF of a fluffy dog in it so I fixed that bug too. Not going to lie the cute dog distracted me a little but I think it was something to do with GIF progress not updating in crossposts. - Fixed bug where you couldn't fully disable "tap to collapse", so now you can! - Fixed bug where subreddits in subreddit listing in dark mode had slightly lighter background color - Fixed some issues with video playback - Fixed crash that could occur when downloading some GIFs - Fixed background color of inbox boxes in dark mode - Fixed occasional crash that could happen with opening videos in media viewer - Fixed bug where haptic touch context menus would be reversed for subreddit and user - Fixed bug with moderators setting flair where custom flair wouldn't get set - Fixed bug where when refreshing your Inbox some messages could randomly disappear for a second or cause the badge count to be incorrect - Fixed another crashing bug that could occur with formatting dates (calendrical, not the fruit) - Some other tiny bug fixes and tweaks and tidies that make everything just a little bit spiffier I would have had even *more* features and bug fixes in this update but I've been working around the ham sandwich on the juicy iPad update (no olives), stay tuned for details on that! As always, thank you for supporting Apollo and my work and I'll do my best to keep impressing you with awesome things to come! Have a great one! - Christian 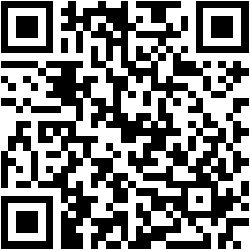